This documentation describes the usage of the scm-issuetracker-plugin. It is available in different languages and versions, which can be selected in the menu on the right.

Examples of this integration are the Jira Plugin and the Redmine Plugin.

If the issue tracker was unavailable due to maintenance or an error, the comments can be resent via the admin interface.

If the comments should not be resent, they can also be cleared via the admin interface. 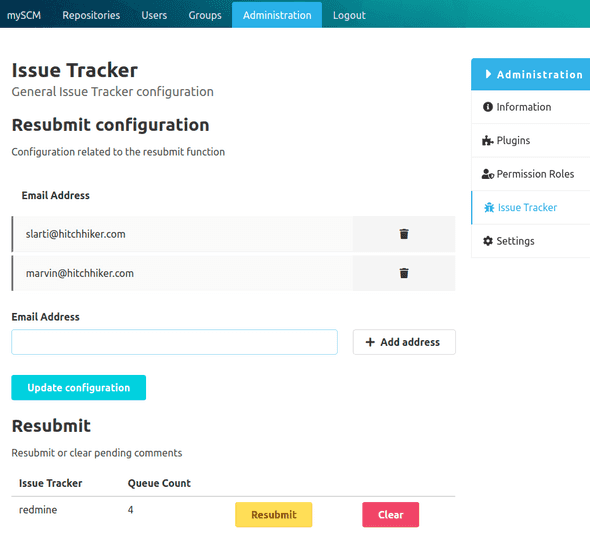 In the interface you can also enter contacts in form of email addresses that should be notified in case of an error.